A gloomy summer day everyone! It’s been EXTREMELY HOT here on my side of the planet for the last few weeks. And today, as I came home from work, it’s very gloomy – for summer, at least. It’s been raining like cats and dogs on the other parts of the country. But here in one of the CBD’s, it’s been scorching. So it’s very nice to have a cloudy/gloomy morning, once in a while. I know a lot of yo would trade in your Gotham City for my city. Summer’s such a perfect beach weather, except that you’re not in the beach. Aww. 😦

And another way to brighten up one’s make-up fan day is with a haul!

END_OF_DOCUMENT_TOKEN_TO_BE_REPLACED

We went to Marquee Mall in Angeles City yesterday to buy some stuff for family. Happy! I know Skinfood has a sale since they informed me via text message weeks back. All of their items in store are marked down. By how much? It depends per product.

And yet again, they have this promo that if you reach this value (P1,000 at least), you’d get freebies. Each amount has different offers. And since I am a member and their loyal customer, they gave me the privilege to choose the freebie. Ha! 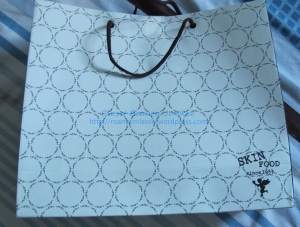 END_OF_DOCUMENT_TOKEN_TO_BE_REPLACED

Off blog, work has been strenuous. So strenuous that I don’t get a chance to post.

And I even didn’t get to celebrate my birthday that much. I didn’t even feel the Christmas cheer, except the sale, Christmas rush and the cold breeze. Sigh! I NEED a break.

And because of my stress, I have been taking advantage of the sales. Yehey Christmas Season!

END_OF_DOCUMENT_TOKEN_TO_BE_REPLACED

Welcome to another segment of my product haul! You shall be seeing a relatively new and young Korean brand, Too Cool For School!

END_OF_DOCUMENT_TOKEN_TO_BE_REPLACED

I know, I know. I’ve been so absent lately. So long hiatus in posting here! It’s not that I’m lazy. I’m so swamped with work for since April til June, with my long-awaited promotion is in jeopardy. It’s a make-or-break, so I had to allocate time.

But since I’m in somewhat calm waters right now (or burned out to do anything), I’ve decided to finally post. When I wasn’t posting, it doesn’t mean I’m not trying out stuff. I did try a lot of stuff (which adds more backlog than I already have). And I hauled. A LOT. Last haul I posted was last January, which makes such a good time to show my hauls since March til June.

END_OF_DOCUMENT_TOKEN_TO_BE_REPLACED

If there’s another thing my pocket hates aside from color-changing cosmetics, sales, reach this amount and you’ll get stuff for free, and limited edition, it’s the “last one in stock, and we don’t know when we’ll restock” item. And that is the whole reason my haul last week inflated to this one.

Aside from the fact that I’m stressed and all. 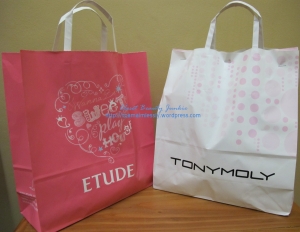 Yes, huge and bulging out. Just imagine how I manage to sneak this in.  END_OF_DOCUMENT_TOKEN_TO_BE_REPLACED

During my stressful moments last week, I purchased quite a number of items – both makeup and non-makeup related. I wasn’t suppose to pass by nature Republic, but I just had this feeling I should.

And it turned out they have a 50% off sale on selected items. As usual, I can’t resist! 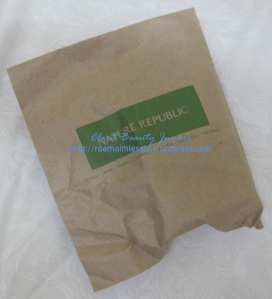 Luckily, only a few items were left. Good thing for my pocket. Check out my modest haul after the jump.

END_OF_DOCUMENT_TOKEN_TO_BE_REPLACED

Last Friday, I was given an opportunity to go to the mall and pick up some items. My mom asked me to buy her something from Tony Moly, so I went there. 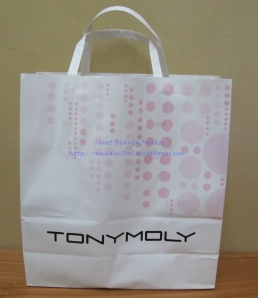 And of course I cannot just go there without anything for me.

Did you notice the new design of Tony Moly’s paperbag? Cute, isn’t it?

END_OF_DOCUMENT_TOKEN_TO_BE_REPLACED

Hello everyone! I was so happy that I was able to home early last Monday (compared to my previous days) that I went straight to the mall and bought some stuff.

Hi everyone! I know this is a very, very delayed post. But hey, better late than never. 😀

Since I’ve been busy with work and been saving up some money for the trip, I haven’t been buying as much like my last haul. 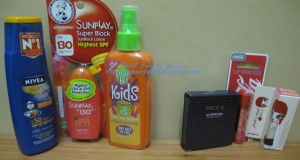 Lost? Looking for something?